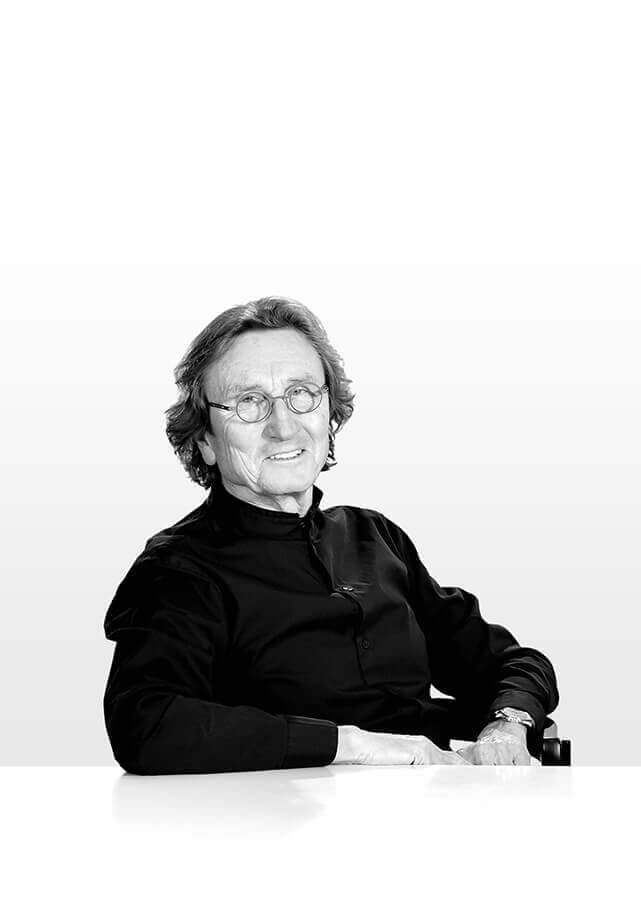 
Jurek Meinhard Slapa, born in 1942 in Königshütte (Poland), studied architecture at TU Kraków and RWTH Aachen. For around 20 years, he worked for HPP Architekten in Dusseldorf, where he led the competition department for several years. During this time, his responsibilities included the conversion of the Dusseldorf concert hall (1978) and the Olivandenhof in Cologne (1988). In 1987, he and Helmut W. Joos founded the architecture firm JSK Düsseldorf, where he, Zbigniew Pszczulny and Helmut Oberholz were shareholders until 2010. In 2010, the office separated from the JSK Group and proceeded to operate as slapa oberholz pszczulny, sop | architekten. Among Jurek M. Slapa’s most important works in his nearly 50 years as an architect are Frankfurt Airport Terminal 2, Dusseldorf Airport 2000 plus, Hafenspitze at Dusseldorf’s Media Harbour, the Gap 15 high-rise and Stilwerk Dusseldorf.