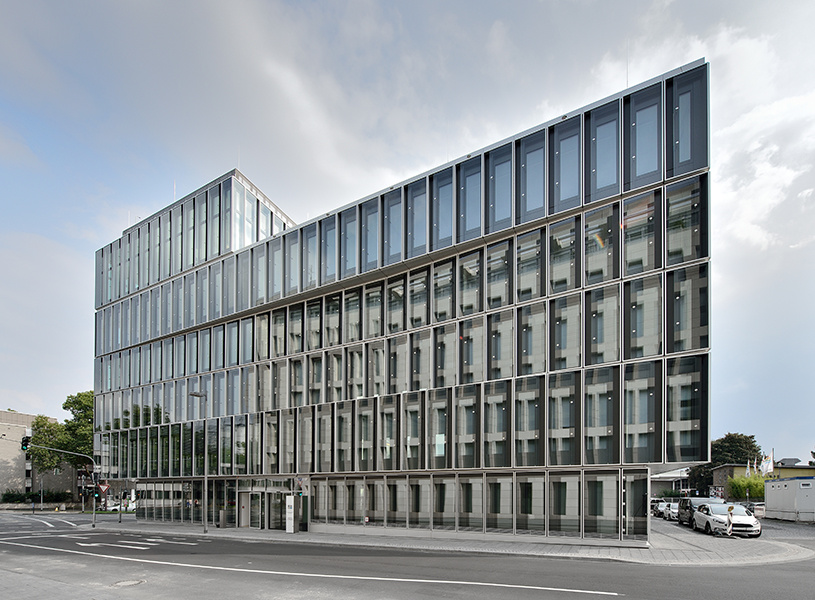 Today DEG (Deutsche Investitions- und Entwicklungsgesellschaft) celebrated the opening of its new building on Agrippastraße. The annex, located directly opposite its Kämmergasse HQ building, the company now boasts a handsome architectural extension housing some 120 additional staff in approx. 5,000m2 of space.
Though the skewed rectangular form of the transparent new build contrasts with the austere lines of the existing building, a number of design elements from the latter have been deliberately repeated in the annex to create an architectural dialogue that joins the two buildings together in one ensemble.
Alongside Bruno Wenn, DEG management spokesman, the celebrations were attended by Hans-Joachim Fuchtel, Chairman of the DEG Supervisory Board, the Parliamentary Undersecretary to the Federal Minister for Economic Cooperation and Development, Dr. Norbert Kloppenburg, KfW Bankengruppe Executive Board Member, and Mayor of Cologne Hans-Werner Bartsch.

more about the project